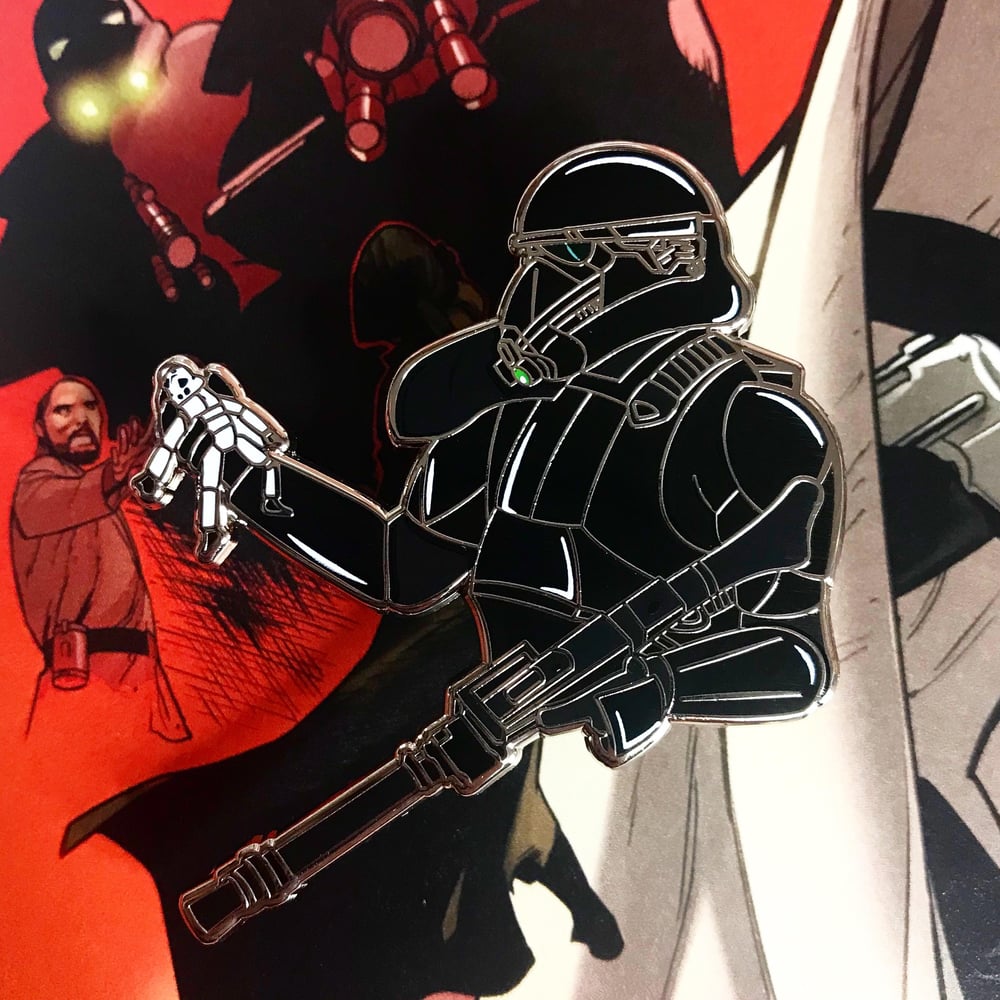 Death troopers were an elite variant of the Galactic Empire's Stormtroopers who were part of Imperial Intelligence. They served as protective details and bodyguards for important Imperial officers and members of the Tarkin Initiative, as well as special-assignment commandos. The most notable group of Death Troopers were those that accompanied Director Orson Krennic in 13 BBY, on his mission to find and capture Galen Erso. They continued to protect the Director until his death on Scarif at the start of the Galactic Civil War.