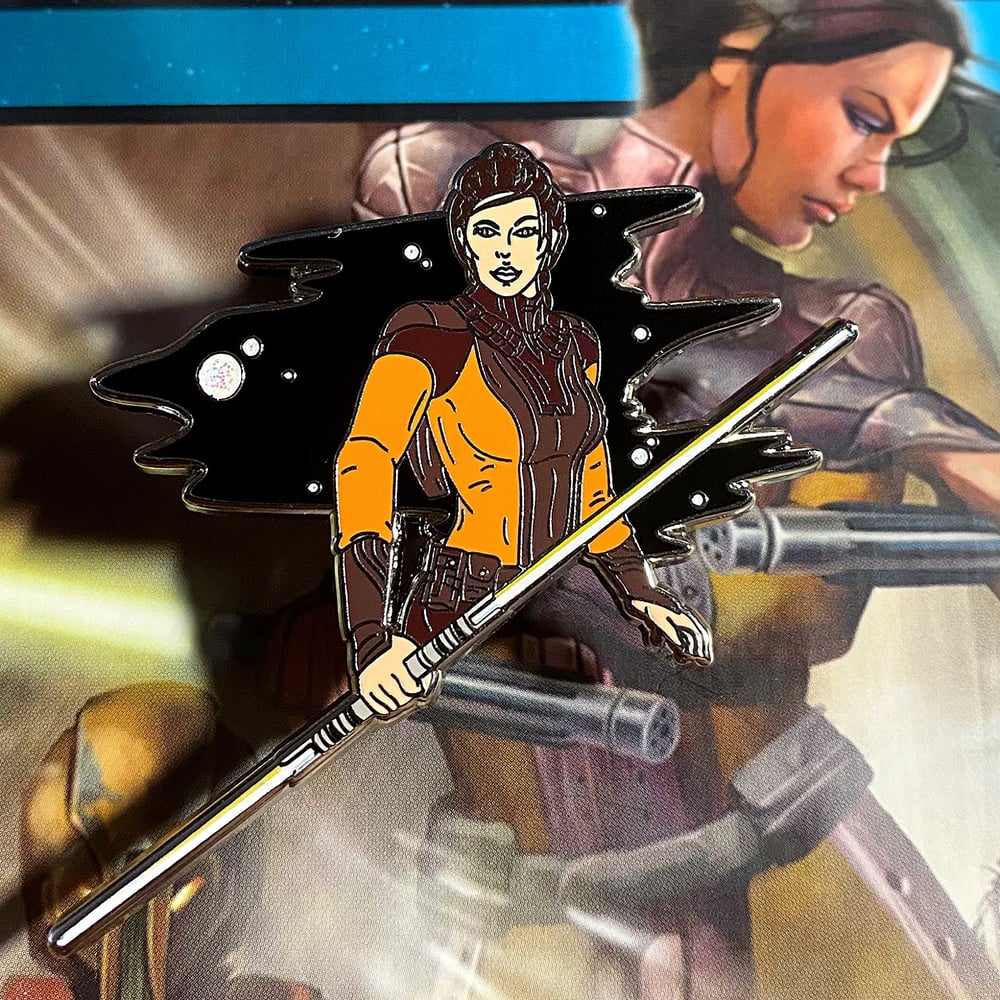 ***This pin has a special Chase Variant and is only given out at random. Good luck!***

Bastila Shan was found to have an exceptional gift with a Force power known as battle meditation; which increased her allies' morale while demoralizing her enemies. Shan sided with the Jedi Council when the Jedi Knights Revan and Malak rebelled against the Council and joined the Galactic Republic in its war against the invading Mandalorian Neo-Crusaders. One year after the final battle of the Mandalorian Wars, Revan returned from the Unknown Regions as the new Dark Lord of the Sith, with Malak as his apprentice, at the head of a new Sith Empire. Shan was the leader of a Jedi strike team sent to capture Darth Revan and Darth Malak. When her team boarded Revan's vessel, they managed to corner the Dark Lord on the bridge. Before they could engage Revan in combat, Malak, who was separated from his Master during the battle, betrayed Revan by ordering the guns of his flagship Leviathan to fire on Revan's vessel in an attempt to destroy both the Jedi and Revan. However, Shan survived and managed to use the Force to stabilize Revan, who was near death.