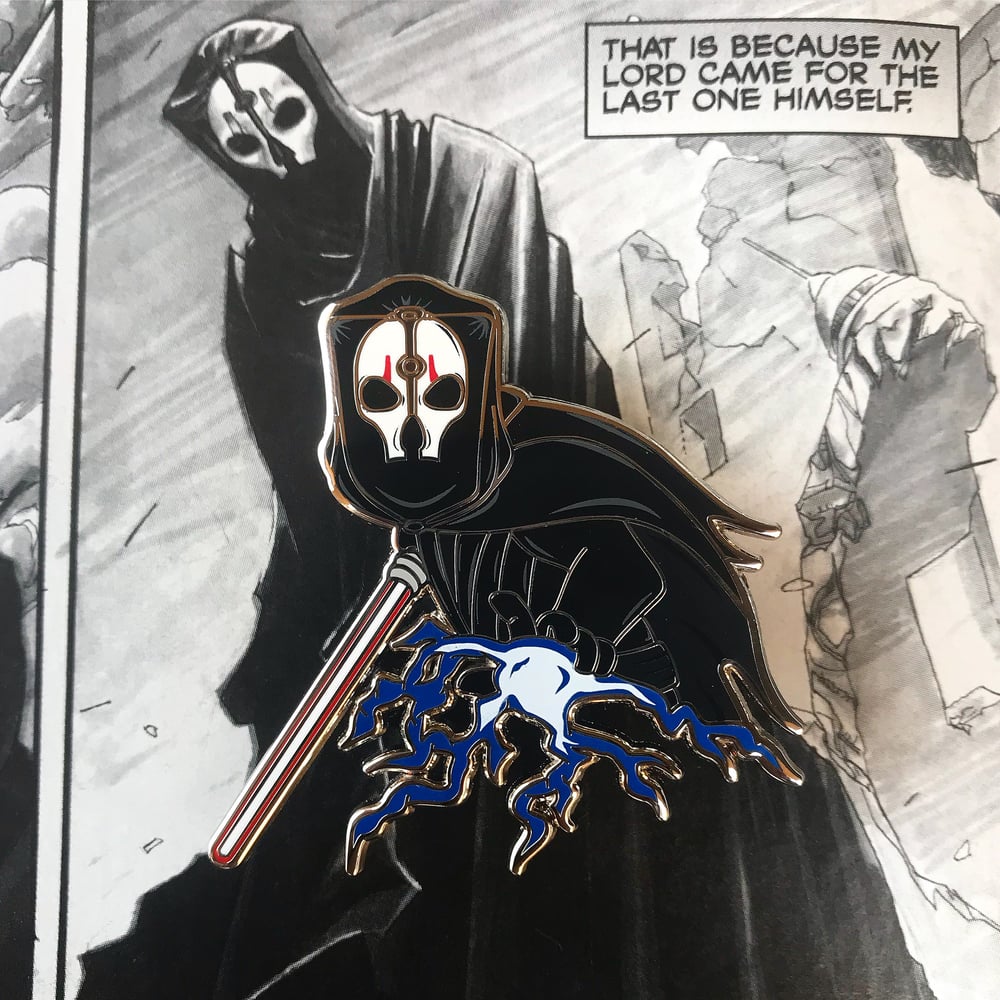 Darth Nihilus, Lord of Hunger was a Dark Lord of the Sith who reigned during the era of strife following the Jedi Civil War. He survived the activation of the Mass Shadow Generator during the final battle of the Mandalorian Wars on Malachor V. The affliction painfully ravaged his body while rendering him a wound in the Force, giving Nihilus a craving for Force energy that could not be tamed.