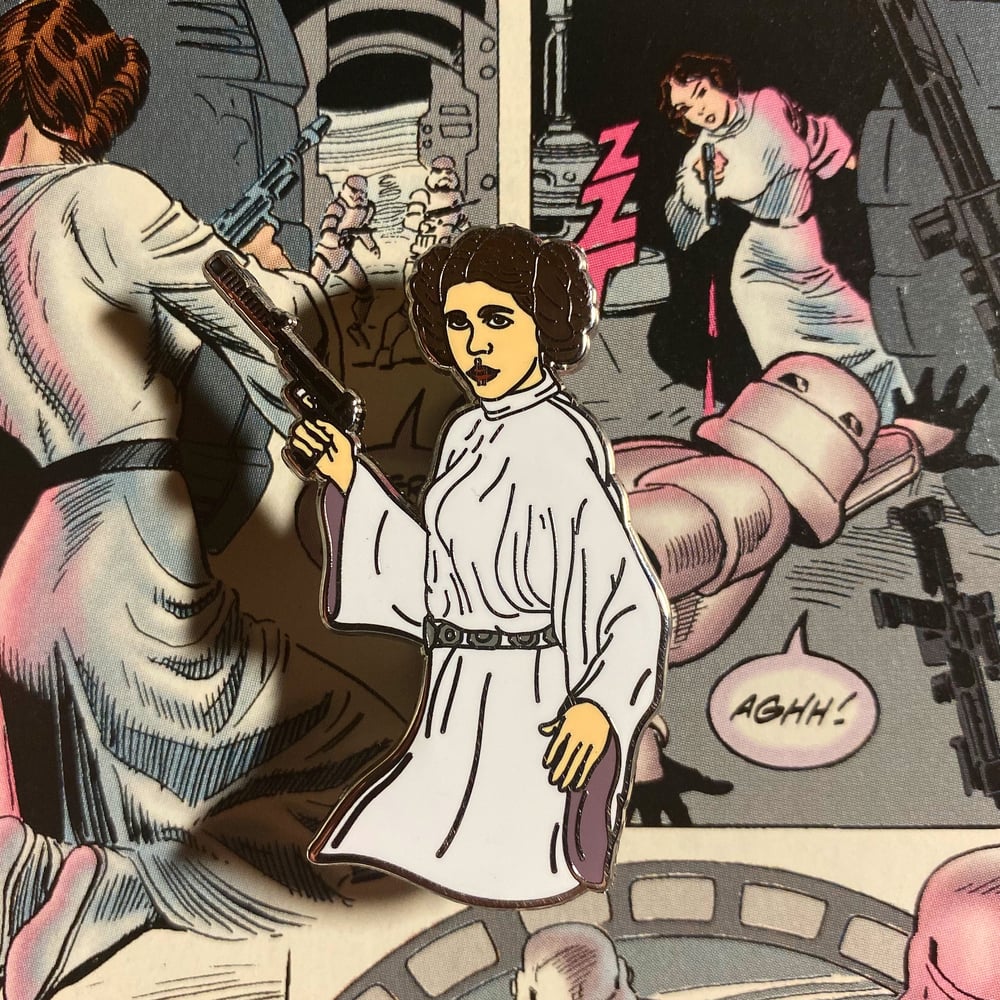 Leia Organa was a princess of Alderaan, a member of the Imperial Senate, a leader of the Alliance to Restore the Republic, a member of the Galactic Senate, and general of the Resistance. Born alongside her twin brother, Luke Skywalker in the year 19 BBY as Leia Amidala Skywalker, she was the daughter of the Jedi Knight Anakin Skywalker and Senator Padmé Amidala of Naboo. Organa became a leading figure and strategist in the Alliance, participating in key events such as the Battle of Hoth in 3 ABY and the decisive Battle of Endor in 4 ABY. She also killed the Hutt crime lord Jabba Desilijic Tiure, earning her the title of "Huttslayer."