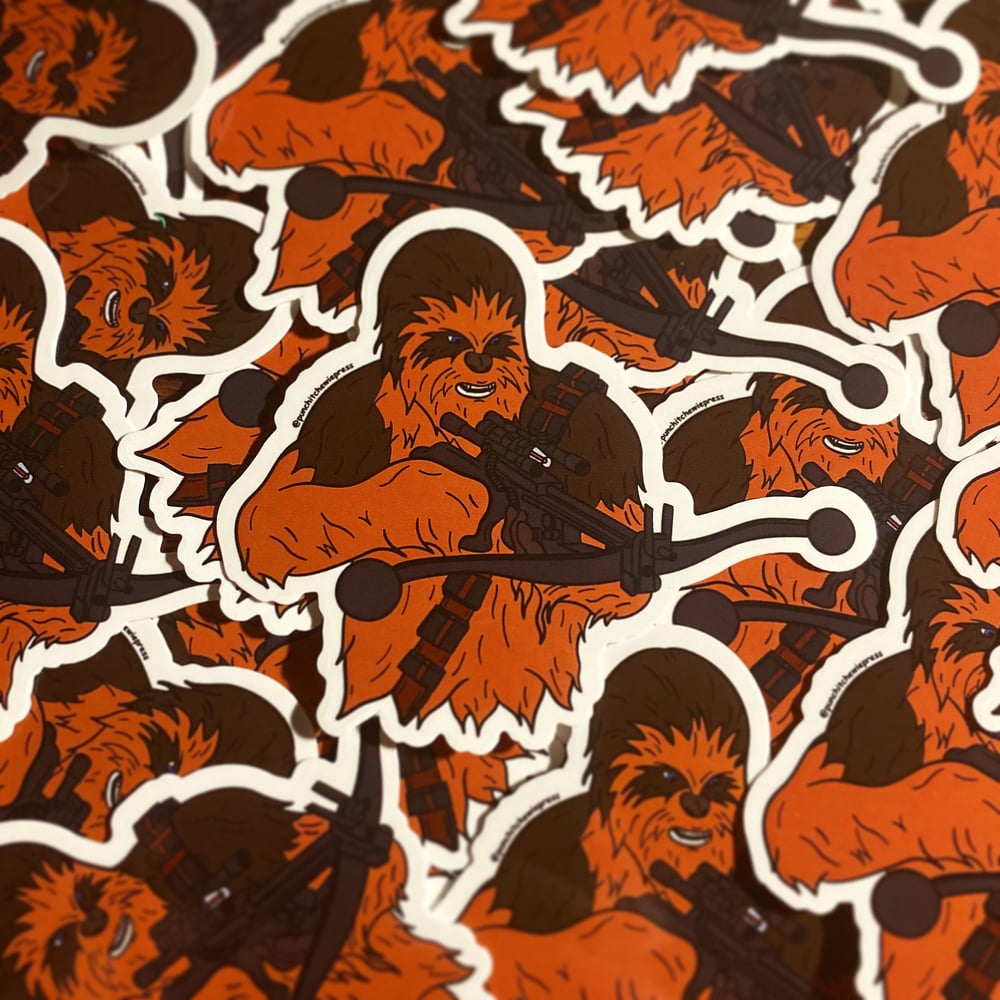 Chewbacca, known affectionately to his friends as Chewie, was a Wookiee warrior, smuggler, and resistance fighter who fought in the Clone Wars, the Galactic Civil War, and the conflict between the First Order and the Resistance. He hailed from the planet Kashyyyk and became a Wookiee military leader. He later commanded Wookiee forces during the Battle of Kashyyyk alongside the Grand Army of the Republic, led by Jedi Master Yoda. but was condemned to slavery by the Galactic Empire Soon after. Rescued by Han Solo, Chewbacca swore a life-debt to Solo and accompanied him throughout his smuggling career. In 0 BBY, Solo and Chewbacca fell in with the Rebel Alliance and flew at the Battle of Yavin. After the battle, Chewbacca was considered a hero of the Alliance, and he played a role in key victories against the Galactic Empire.