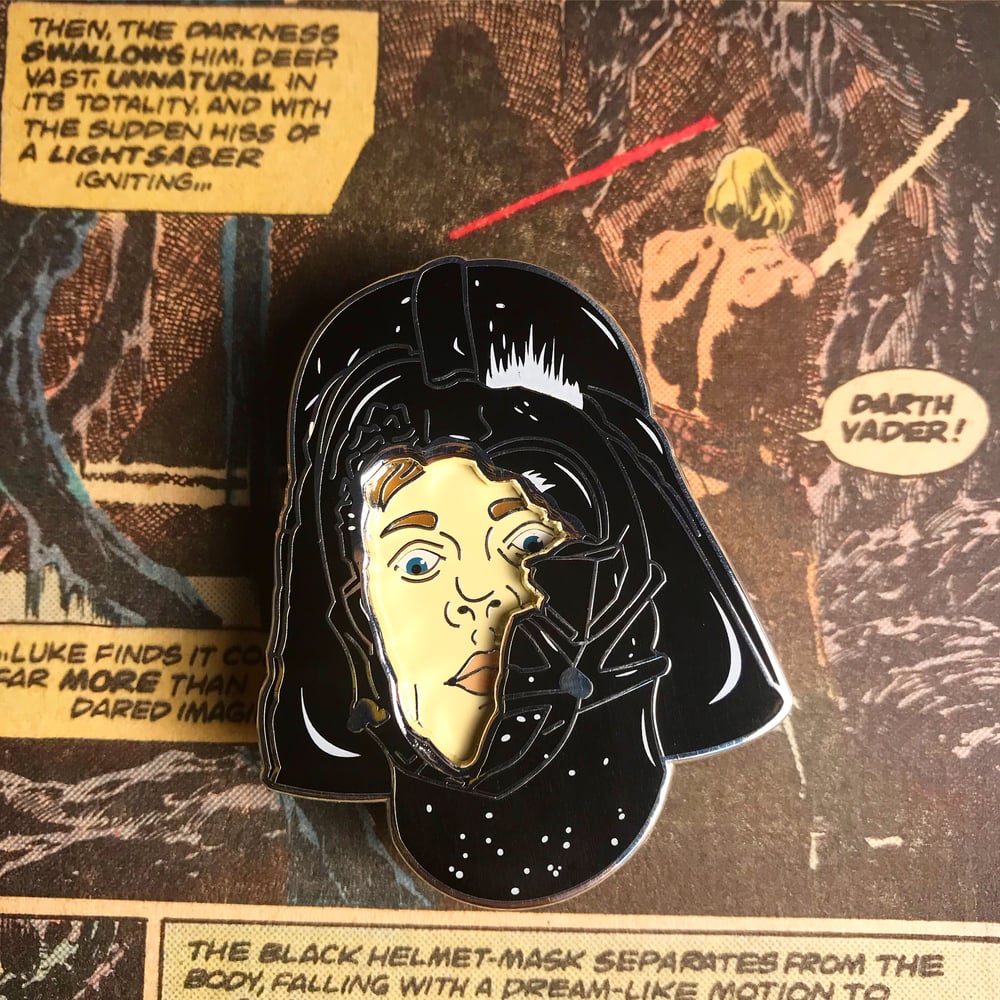 The Dark Side Cave was located deep in the swamps and contained a focal point for the dark side of the Force. The cave challenged the perceptions of anyone who entered into its depths. Visitors often experienced visions of the past, future, or possible futures. When Luke Skywalker traveled to Dagobah to train with Yoda, the Master tasked him to enter the cave. Luke confronted the Dark Spirit in the form of Darth Vader and defeated it in a lightsaber duel, dipping into the passion of the dark side in the process. It was there that he realized what would happen if he turned to the dark side of the Force. Behind the mask of Darth Vader, he saw his own face. It also presaged the revelation that Vader was, unknown to him at the time, actually his father, Anakin Skywalker.